What is the meaning of the Emperor yes or no in a reading?

As you already know about the Empress, we will learn more about her partner – the Emperor – in today’s article.

He is considered as the father archetype in the Tarot deck and the fourth card of the Major Arcana set. What is behind this powerful card? The Emperor stands for the highest leadership and indicates one’s strength, power, and success.

If you receive this card from your spread, it means you will soon achieve a level of status. But that won’t happen if you do nothing. The lesson from the Emperor helps you become stronger, more hardworking, more courageous, and more in command.

Diligence will bring you success and wealth!

A Look at the Emperor Yes No Meaning 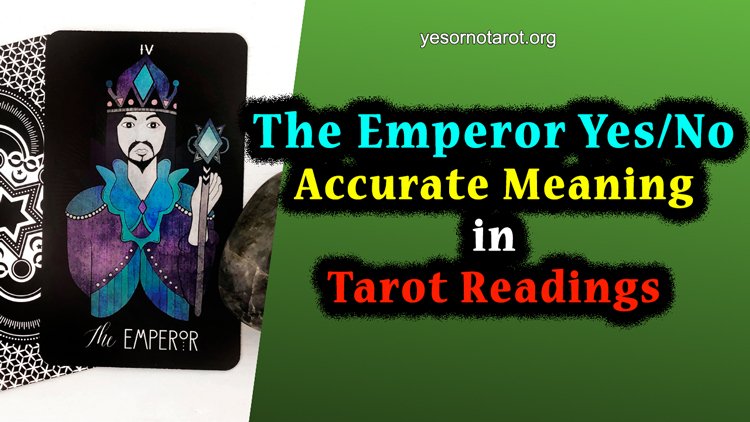 Before I discuss more about the upright and reversed positions of the Emperor, let’s check out some keywords connected to this powerful card.

If the Empress represents the motherhood, the Emperor (as her counterpart) symbolizes all things fatherly. With a father figure, he indicates the authority, structure, stability, and order in your life. His appearance in a reading reminds you to take everything with endeavors.

Also you can gain more achievements if approaching life with rationality and assertiveness.

When this authoritative shows up in your yes no Tarot reading in the upright position, then it delivers a yes to any of your yes or no questions. It advises you to move forward and chase after your goals in your own way for the ultimate success.

Be brave and take control of your situation without waiting for anyone to come and help you organize your life. It’s time for self growth and development – the result is definitely worth trying!

What if he appears in the reversed position?

The answer is surely a no. This is a reminder telling you not to act too rigidly when doing or saying anything. When you are in a team, then it’s better not to try to control others or conflicts will occur.

In general, the Emperor is a positive card and offers a yes to most types of readings. This card can give you the best answer to situations related to career, business, or finances.

Find the meaning of the Tower yes or no also here..! 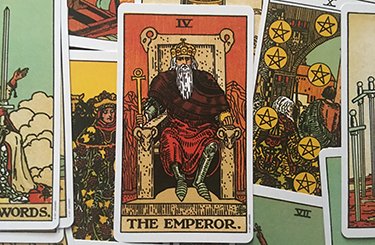 The Emperor is all about authority.

His presence will give you a glimpse of a level of status that you will soon achieve. Or, in the future, you will receive the help from someone who is close to you or loves you. The feeling is mutual, and that male figure may have high social standing. He is willing to push you forwards and offer you many good opportunities that you hardly get them on your own.

The Emperor represents power and stability. Hence, depending on your questions and situation, this card can also indicate influential people who kindly supports your career and business projects.

The Emperor is reversed

The moment this card is upside down, the meaning will change differently.

The Emperor now is a controlling, domineering person who views his needs as the priority and ignores others’. Lacking compassion and emotional connection, he is more selfish to people around him.

When the Emperor makes his appearance in a love Tarot reading, he sends a warning that you are involved in a relationship where you are in control and your emotions are neglected. If you keep enduring it and accept the fact that your needs are not fulfilled, then you will never find the happiness.

In the reversed position, the Emperor becomes the tyrant. It seems unbelievable, right? Well, this position tries to point out the truth that you’re playing the expected role without realizing that. Consider about giving and receiving because there is an imbalance between these two in your relationship.

The Emperor as a positive, advantage, or strength

In some cases, the Emperor is seen as a neutral card; thus, its presence in your spread can bring both great and bad news. If this man appears in the positive, advantage, or strength position, he is a good influence to your life. It’s predicted that you will obtain success soon or receive the willing assistance from some male figures.

Perhaps those people have observed you for quite a long time. As they want to see you successful in life, they decide to lend a helping hand.

In the love relationships field, the Emperor card also indicates a positive sign. Your wish will be granted if you’ve always desired to have your own traditional family. During this time, your lover will agree to settle with you for life.

The Emperor as a negative, disadvantage, or weakness

No need to feel stressful if he shows up in a negative, weakness, or disadvantage spread position. When his appearance means an obstacle; that means soon you need to cope with men who like to stay in control. Before any issue caused by power struggle happens, you should nip it in the bud quickly.

In addition, the Emperor as a bad influence can denote the presence of a person enjoying with controlling power. He will hint about individuals standing in your way and avoiding you from attaining your life goals.

The Emperor is a reminder that you are just an ordinary person. You can’t master all kinds of things, so you should be more open to the assistance and support of others sometimes to complete your goals.

Each Tarot card has lessons to teach, including the Emperor.

However, not all cases that the Emperor denotes your career field. Due to his highly masculine energy, this powerful man can indicate a significant male figure in your life – he could be your father or husband. If you are male, then he will reflect yourself and let you realize your priorities, concerns, dreams, and hopes hidden deep inside.

That’s all for the Emperor yes or no meaning!

Still more Tarot yes or no meanings here, so don’t miss out our updates!

If you have any question about this card, don’t hesitate to leave your comments below.